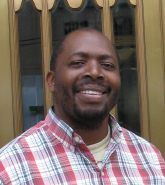 In late July 2007 and August 2008 a series of wildfires, propelled by a prolonged dry season and strong winds, destroyed thousands of hectares of forests and plantations and killed a dozen people in Eswatini, the southern African country formerly known as Swaziland. Since then, droughts and heat waves have repeatedly hit the country, creating the conditions for long and devastating fire seasons.

“Extended, uncontrollable fires are increasingly common in Eswatini, causing great human, environmental and economic losses,” says Dr. Wisdom Mdumiseni Dlamini, former GOFC-GOLD fellow and researcher and lecturer at the University of Eswatini. “Most recently, a number of wildfires struck the country between April and July 2019, destroying homes, electricity and telecommunications infrastructure, and commercial forests. Unfortunately, Eswatini’s legal framework for fire management is outdated and not appropriate to respond to this crisis and emerging fire management challenges.”

In recent years Wisdom has been involved in the development of national fire management response strategies and policies that will enable officials to better control and manage wildfires in Eswatini. “At the University of Eswatini I teach remote sensing, geographic information systems (GIS) and their use for the environment and society. My involvement with the GOFC-GOLD network and my participation in the 2014 Data Initiative training have helped me deepen my knowledge and have provided concrete resources and tools that I have used while advising the government on fire management policies.”

Data Initiatives are intensive 2-weeks trainings organized by START as part of the GOFC-GOLD program. Participants are data and Earth observation specialists from the GOFC-GOLD networks, who receive hands-on training on how to access, manage and analyze satellite data. “During the training I downloaded data sets collected by the Landsat series of satellites in the past 30 years. These data sets are freely available, but due to relatively slow internet connection in Eswatini, I wouldn’t have been able to download the archive covering the entire country. Most importantly, I learned how to transform the data into crucial information on fires and changes in land use,” says Wisdom.

“Moreover, as a member of the Southern African Fire Network (SAFNET), one of GOFC-GOLD’s regional networks, I have had the opportunity to interact with some of the best fire scientists in the region and the world. Such exposure has not only enhanced my understanding of wildfires but has also resulted in on-going collaborative research and access to expertise that may be lacking in Eswatini.”

How can satellite data help officials better understand and manage wildfires? “Long-term fire statistics are extremely important for fire management and prevention – for example, historical data is used to characterize fire regimes, identify areas at risk and assess the probability of future fires. Many developing countries have not consistently recorded fire statistics – but can retrieve and analyze the datasets collected over the years by the satellites circling the Earth.”

“A more recent focus of my research is deforestation and land degradation, a growing challenge in Eswatini. I used knowledge and resources developed through GOFC-GOLD to quantify for the very first time the changes in forest cover in the country.” Wisdom adds: “My findings, published in two peer-reviewed articles, provide concrete models that are being used in the formulation of disaster response and climate change mitigation strategies for the country. And finally, I am also involved in the greenhouse gas emissions inventory for the country, using satellite-derived land cover and burned area data to estimate emissions from land use, land use change and forestry.”

Making decisions in times of uncertainty, How farmers in Mali are adapting to climate change
Building stronger, more resilient communities in the Philippines
Teamwork, tools and technology: how a collaborative project is advancing solutions to cholera and malaria outbreaks in Maputo