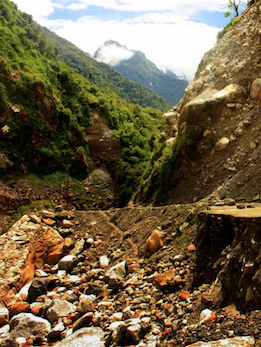 Climate change is expected to have rapid and severe consequences for biodiversity, agriculture and livelihoods in the Eastern Himalayan mid-montane. The region is a globally significant centre of bio-cultural diversity. The known risks in the region are water scarcity, food insecurity and natural hazards of earthquakes, landslides and floods; yet, we lack information about the magnitude, rate, and impact of such change. Even less is known about the vulnerabilities of communities or about the present adaptive capacities of institutions to counter the effects of climate change.

This project explored strategies to strengthen the climate resilience of socio-ecological systems. It attempts, in the longer-term, to pilot a regional model for the integration of climate change information into risk reduction planning, and—more broadly—into rural development planning at the landscape scale.

The project was implemented in rural districts of Darjeeling and Sikkim on the Indian side of the border, and in adjacent Ilam district on the Nepal side. A regional framework is necessary because these countries share biodiversity, watersheds, and traditional knowledge and practices. Policies in one area have impacts on natural processes, resources and people in others. Therefore, the project also supported significant networking among NGOs, government agencies, community leaders and other stakeholders in Nepal and India.

Explore case studies, papers and other outputs on the project’s microsite.