GLOCULL (Globally and LOCally-sustainable food-water-energy innovation in Urban Living Labs) is an international research consortium consisting of transdisciplinary research teams from universities from seven countries across the world. GLOCULL is a Belmont Forum funded international team of researchers and stakeholders aiming to develop an Urban Living Lab approach for innovations in the Food-Water-Energy nexus that are locally and globally sustainable. START is supporting Stellenbosch University, Centre for Sustainability Transitions (CST) involvement in the Belmont Collaborative Research Action.

The CST represented South Africa in the greater GLOCULL research consortium and consisted of a group of transdisciplinary researchers and community stakeholders from Khayelitsha. The team was tasked with exploring solutions to local sustainability challenges through the establishment of an Urban Living Lab (ULL). ULLs are curated spaces for explicitly advancing complex sustainability objectives through experimentation and learning in the real world. The overall aim of the South African ULL was to support local food and sustainability activists in Cape Town’s largest township, Khayelitsha. The ULL was established as a means to support bottom-up and integrated solutions to sustainability challenges in Khayelitsha that are the major drivers of food insecurity: a lack of financial and physical access. The interventions were co-produced and co-designed through transdisciplinary collaborations between researchers and social actors. 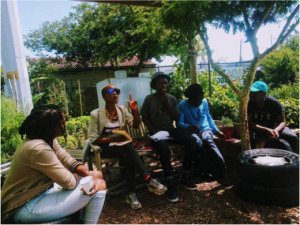 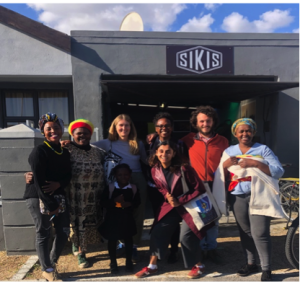 This article will give a brief overview of the main intervention pursued by the ULL- the establishment of a healthy food market. The aims, methodology, outcomes and reflections of the interventions will be discussed against the backdrop of the fields of transdisciplinary research and urban experimentation. The problem areas and approach of interventions outlined below were co-produced by the transdisciplinary team.

Impilo Yabantu Market
The first intervention implemented by the ULL was a healthy lifestyle market called Impilo Yabantu Market (Xhosa for health for the people). The market was established to create more economic opportunities for local entrepreneurs and food growers by giving them the opportunities to access clientele and sell goods once a month. The market was co-designed through a synthesis of the knowledge of social actors of the local context and its challenges and the academic knowledge of researchers relating entrepreneurship and food security. For almost the entire year of 2019, the ULL would host a market every month where local social entrepreneurs, food activists, artists and customers would come together in a safe space that was designed to explicitly advance conversation and creative thinking. All the vendors were selling either fresh locally produced vegetables, healthy traditionally prepared meals or locally made products such as clothes, accessories and jewelry.

By adopting a reflexive approach, each market was served as a point of learning and was used to improve the design of the next one and to maximize its impact. The market also allowed the ULL to expand its collaborative networks and to become a hub of community-based action for change. Many market participants found solace in participating in a ULL with members that shared their worldview and concern for the greater community. 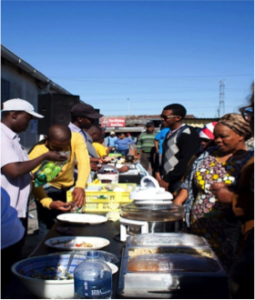 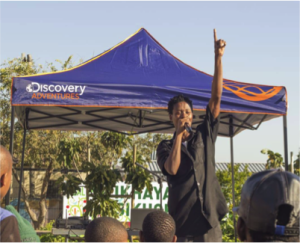 Impilo Yabantu Market started off as a monthly healthy lifestyle market, but as the process unfolded and the market became more well-known in the area, it started to act as a network that brought together a wide range of individuals united by the common agenda sustainable development. The management/ organizational structure of the ULL began to include more local and external actors towards the goal of co-creation. The expansion of the ULL management structure also widened the scope of the ULL and introduced more opportunities for intervention. 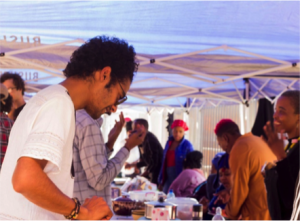 By leveraging the network that was established by Impilo Yabantu Market the ULL started hosting capacity building and training workshops for local entrepreneurs. The resources were leveraged from the GLOCULL project as part of the co-creation and experimentation of ULL. Additional capacity was leveraged from the local ULL management structure in terms of planning and executing the workshops in collaboration with the Stellenbosch University team. These workshops aimed to enhance the knowledge of the ULL network of entrepreneurs by sharing the fundamentals of developing a business plan, writing funding proposals, branding and marketing, registering a business and keeping a record of transactions. The workshop was facilitated by an external party specializing in township and informal economies and entrepreneurship.

The ULL saw several benefits emerging from the workshops. Some of the ULL/market participants used the knowledge they gained from the workshops to formalize their enterprises and business strategies and some used it to support other local entrepreneurs in establishing their own businesses. 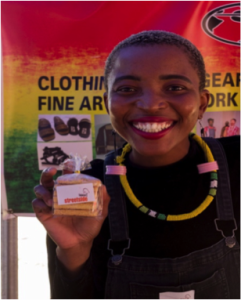 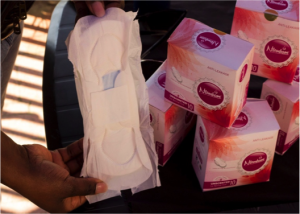 According to the ULL participants, the establishment of Impilo Yabantu Market led to a wide range of unexpected outcomes and benefits not relating to the sale of healthy food and locally produced products. The intervention contributed to the establishment of long-lasting support-networks and collaborations that have stood the test of time. It has built the capacities and capabilities of change makers in Khayelitsha through workshops as well as their direct involvement in the design and implementation of the market and its activities. 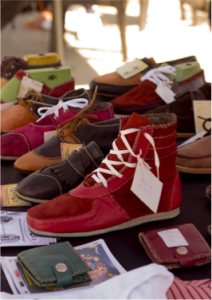 From a research point of view, new knowledge was co-produced around challenges faced by actors in local food systems of Khayelitsha. The research also produced valuable insights around the potential of social entrepreneurs in disadvantaged contexts as key drivers of sustainability interventions. Through the direct collaboration with local social entrepreneurs in the ULL, the researchers gained first hand exposure to the challenges they face and relevant ways in which developmental stakeholders such as government and the private sector can contribute to creating an enabling environment for entrepreneurs to flourish. Methodologically speaking, a wide range of insights emerged around different strategies in which science-society collaborations could be set-up in resource constrained, informal contexts where researchers and researchees come from different socio-economic and cultural backgrounds and have different relationships to the problem that the research aims to address.

These insights and co-produced knowledge have formed an integral part in the research and dissemination outputs produced by researchers. The knowledge relevant to ULLs and transdisciplinary methodology has been integrated into the greater GLOCULL research consortium. It is suggested that one of the most important features of a transdisciplinary research project lies in establishing effective collaborations. This, however, proved to be a difficult task in the fluid, vulnerable and complex environment of Khayelitsha.

It was found that transdisciplinary research needs to adopt a context-specific and reflexive approach to ensure the relevance of the interventions and findings. In other words, relevance could only be achieved by directly and democratically involving social actors that are directly exposed to the problem in the design and implementation of the solution. Adopting methods that embrace unique contextual characteristics and potential inter-personal challenges is therefore of paramount importance to successfully producing transformative knowledge. The successes and failures of Impilo Yabantu Market solidified these findings. The involvement of the South African ULL added a unique perspective to the GLOCULL project by introducing a series of methodological insights that promote a more relational and reflexive approach to the design of transdisciplinary and collaborative research projects. 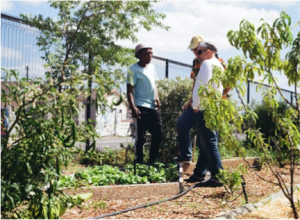 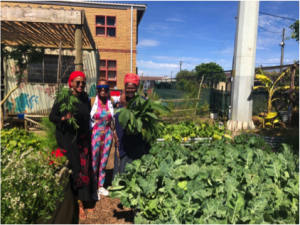 The changes brought about by the COVID 19 pandemic in 2020, however, presented a wide range of challenges for the further implementation of the market and workshops that relied on the gathering of people. As a result of the challenges posed by the pandemic and the reflexive methodology adopted by the ULL, the aims of the ULL shifted to accommodate these changes. The focus of the ULL shifted away from the market, toward directly supporting the growing interest of urban agriculture in Khayelitsha. An interest that many argue, emerged as a result of the devastating impacts of the pandemic such as loss of employment and increased levels of food insecurity. The interesting ways in which the COVID 19 pandemic influenced the direction of the ULL and the ways in which the reflexive transdisciplinary methodology accommodated these shifts will be covered in an article of its own.