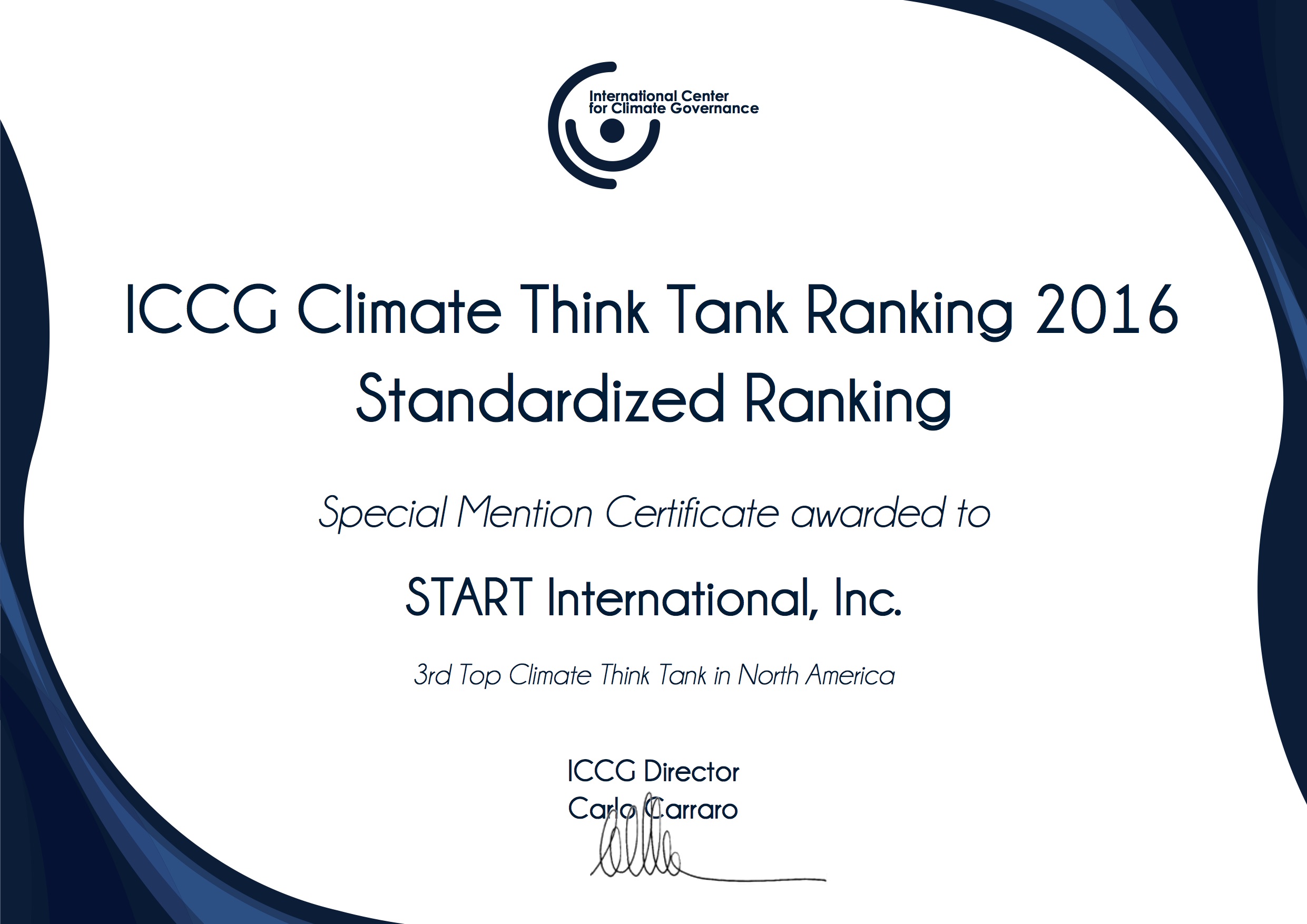 The ICCG ranking recognizes the best think tanks active in the field of climate economics and policy. It takes into account the performance of a think tank in conducting high quality research and its role in influencing climate-related and energy policy.