In a recent article on the Future Climate for Africa website, START’s Mzime Murisa shares insights from the Future Resilience for African Cities and Lands (FRACTAL) program in Harare, Zimbabwe.

“Three years ago, the main water treatment plant for the Zimbabwean capital, Harare, received an injection of funding for a much-needed upgrade, as part of a ‘rapid results’ approach by national government. But if national government officials had sat down with Harare City Council engineers, who are more directly involved in the day-to-day operations of water delivery to city residents and industries, they would have found that it might have been better to first invest in upgrading the bulk-water pipe infrastructure before repairing the treatment plant itself.

According to city engineers, the Harare water system loses an estimated 40 per cent of its potable water because of broken pipes.

The finding itself is significant, explains Harare-based Dr Mzime Ndebele-Murisa, programme specialist with the US-funded non-governmental organisation START International. Although what was equally significant about this finding, she says, was the meeting which brought national and city-level officials together.” 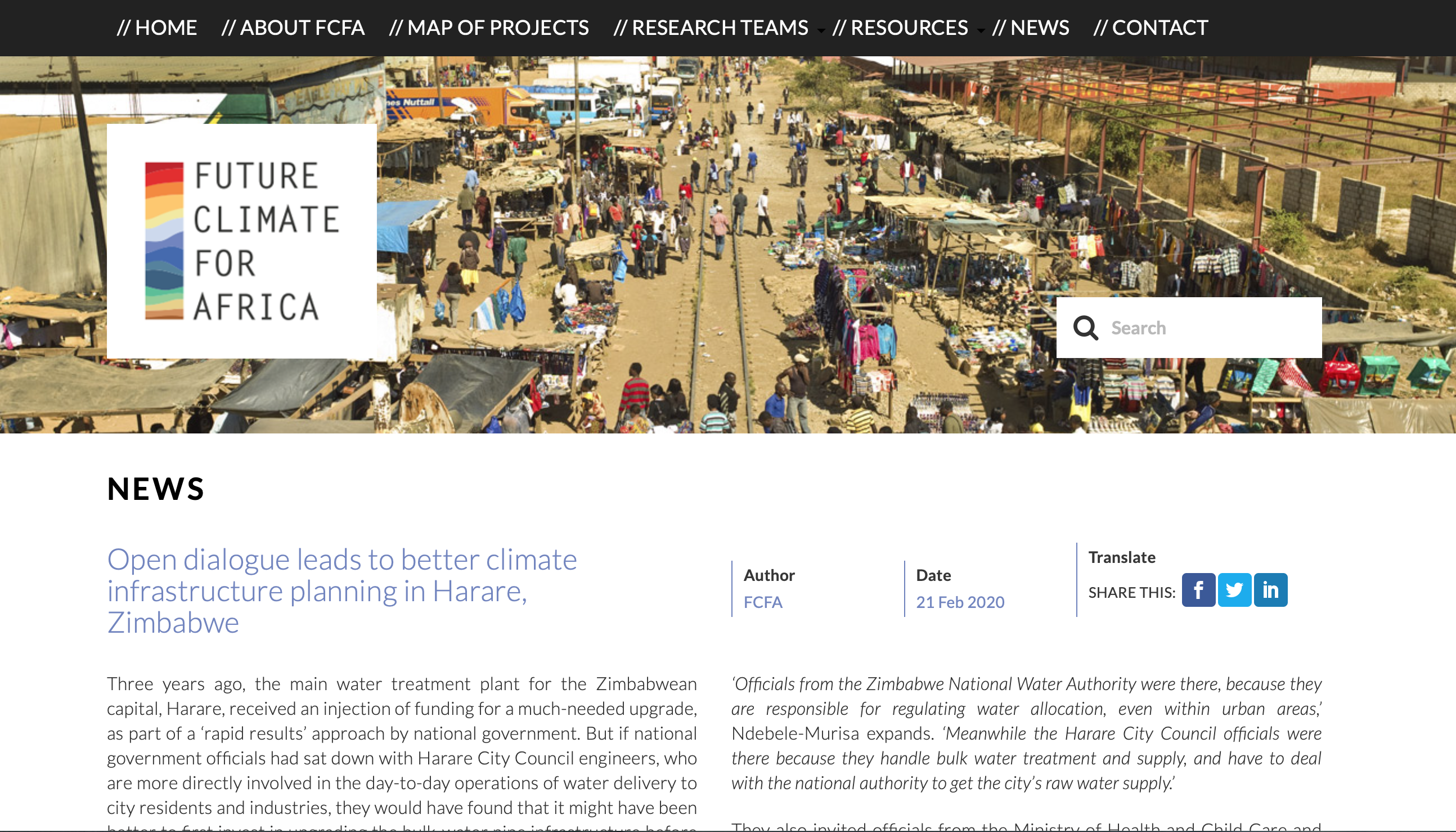