It is increasingly clear that the intertwined challenges we face in approaching sustainability require greater coordination across sectors, fields and stakeholders. The IFWEN project has been exploring how to develop enabling environments in cities which promote innovation for nexus initiatives. Our last blog explored some ideas of how to define innovation. One of the suggestions was that it could include ‘new ways of looking at something, to keep track of changing systems or to identify new systemic configurations.’ This blog briefly explores how we might configure systems to enable nexus initiatives to become mainstream, and not accidental. Particularly, how do we support local governments to take on systems approaches in a way which assures the effectiveness of cross department collaboration, and the longevity of the resulting initiatives? 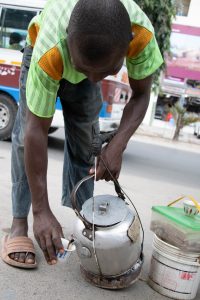 Local governments, as with many organisations, are noted for operating in siloes. This is useful, particularly as cities grow, for scoping or delegating mandates and responsibilities, and reducing the size of tasks that need to be completed. However, it means that individuals and single departments operate with incomplete knowledge about what the whole local government system is doing. [Incomplete system knowledge is a classic attribute of a complex system]. Because of this, two departments could be working on complementary projects, without knowing of the other’s, and therefore missing opportunities for co-benefits of linking their work, or inadvertently producing co-impacts that undermine the projects’ effectiveness.

Further, where collaboration or nexus opportunities are identified and implemented, a city officer in our project notes that these may be accidental occurrences: for example, someone was invited to a meeting about a water project, and saw the interlinkages with an agricultural initiative that they had heard about. In this way, nexus projects have occurred in many of our project cities through accidental interaction, in which one city officer is in the right place to draw the links. There are also systems thinking champions in local governments, who push for collaborative work, but, due to limited time, there is only so much work they can do. This means that nexus or systems projects are typically champion-led and project based. 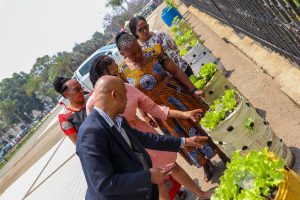 In discussions with our Cities and project teams we have arrived at a useful tension: do we support a governance transition in which nexus shifts from an ad hoc, champion-led and project-based occurrence, to an institutionally required, programmatic approach? And if so, how? OR, do we invest in the adaptive potential of cross-sector interactions, which we hope can result in nexus collaborations within the city? And if so, how?

In response to an institutional approach, we identify two levers:

These approaches may be somewhat formal and suggest an enforcement which may not inspire the desired result. To improve adaptive or accidental nexus occurrences in a way that is meaningful, we suggest there is value in the following:

This is the second in a series of blogs on the work being undertaken by ICLEI Africa on the Understanding innovative initiatives for Governing Food, Water and Energy Nexus in Cities Project under the Sustainable Urban Global Initiative. This is a three year project being implemented by a consortium led by Fundação Getulio Vargas and consisting of ICLEI – Local Governments for Sustainability, Yale University, the Stockholm Resilience Centre, Ming-Chuan University, The Nature of Cities, and the United Nations University Institute for Integrated Management of Material Fluxes and of Resources. ICLEI Africa’s work in this Project is generously funded by START International.