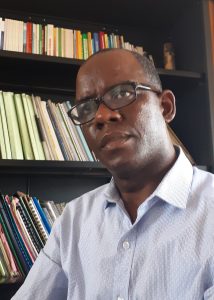 1. What is a BCER and why are these systems a promising strategy for those living in Koutiala?

BCER is a French acronym which stands for Bassin de Collecte des Eaux de Ruissellement. It is a catchment constructed for collecting and storing runoff water for supplemental irrigation during the dry spells. BCER are promising in the context of Koutiala where the access to water has been prioritized by stakeholders as one of the 2 major drivers for the future of agriculture and food security in that area.

2. What different groups of people use BCERs and the land around them?

Different social groups which include elder men and women, young women and men can use the BCER not only for crop production but also for vegetable production.

3.  Why is involving diverse local stakeholders in developing a management plan for the BCERs important?

BCER are gaining momentum in the area as promoted by different NGOs and support structures. However, the high costs of BCER’s construction limit the affordability by individual farmers of such a system. The collective construction the BCER and the collective management of land and water resources around it remains the only promising option for the sustainability of BCER. The involvement of diverse local stakeholders in developing management plan is therefore important for addressing the conflicts of interest that may jeopardize the successful use of the system.

4. Why is it important to involve young Francophone scientists in the Co-FARM project team?

It is important to involve young Francophone scientists in the Co-Farm project team for several reasons: i) Learning from the Co-Farm project context and experience, these students will be well equipped to inform the scaling out of BCER. ii) The involvement in such project oriented towards solving problems and contested issues is likely to improve the chance of these students on the job market.

Dr. Amadou Sidibé heads the research unit at the Department of Economics and Social Sciences at the Rural Polytechnical Institute for Training and Applied Research (IPR/IFRA) Katibougou in Mali, and is a member of the management team of the Master’s program for Agriculture Economics. Dr. Sidibé is the lead for in-country strategic engagement and coordination for Co-FARM as well as overseeing the activities of early career researchers involved in the project.